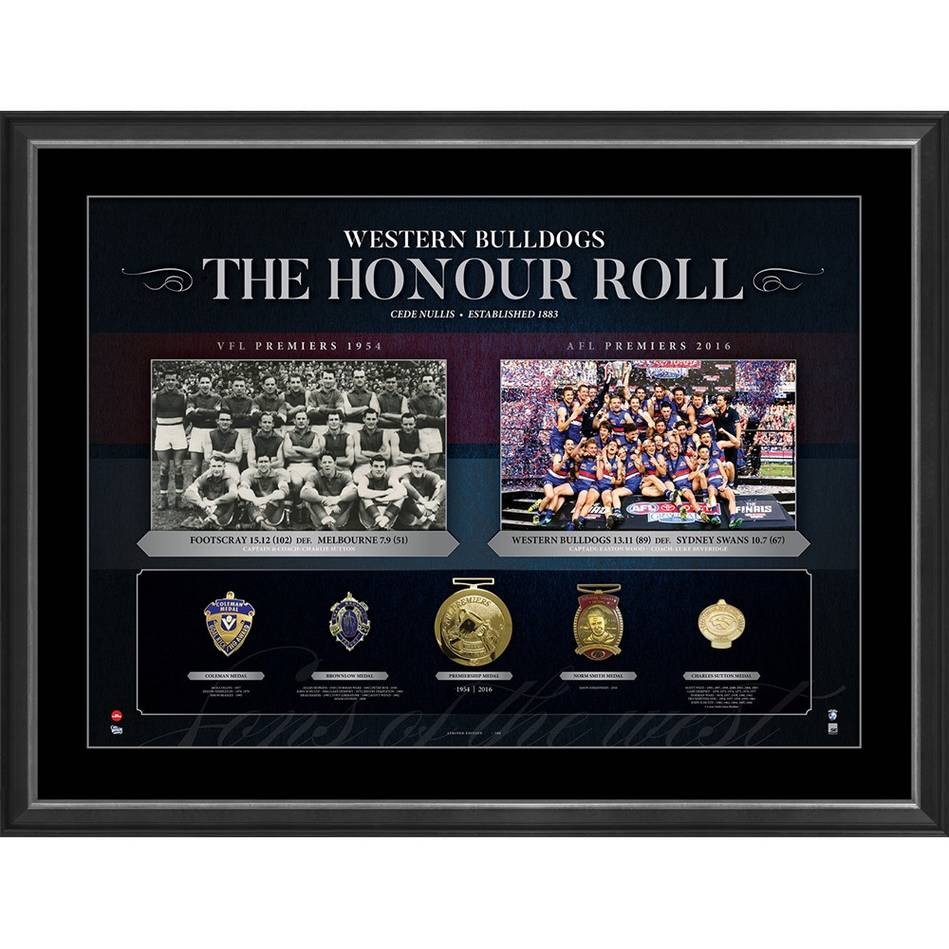 ‘THE HONOUR ROLL’ pays tribute to the rich history of the Western Bulldogs, capturing its Premiership history in pictorial detail, along with those recognised as Brownlow Medallists, Norm Smith Medallists and Coleman Medallists. Presented with a complete set of replica medals paying homage to the highest honours on offer to a Western Bulldogs footballer, ‘THE HONOUR ROLL’ is the definitive nod to individual and shared success for all Bulldogs fans and astute collectors alike.

Includes a replica Premiership Medal, Brownlow Medal, Coleman Medal, Norm Smith Medal and the Charles Sutton Medal, complete with the names of the recipients of each distinction
Also includes a definitive pictorial history of the Bulldogs’ Premiership success along with the Clubs they defeated to taste Premiership glory
Limited to 500 editions, with each edition accompanied by an individually numbered AFLPA Certificate of Authenticity
Approximate framed dimensions 800 x 600 mm
Please note: 1954 imagery represents a 1954 Footscray team image rather than the Grand Final line-up